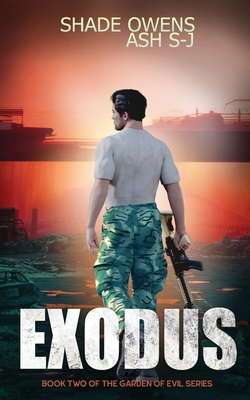 Now, despite her frail mental state, extremist feminist leader Eve Malum continues to rule over Eden, a society of women governed by one rule: men are forbidden from entering.

But with resources becoming scarce and space limited, Eve is forced to make a difficult decision- allow her paradise to crumble, or break her own rule by trusting a man who promises survival.

Exodus, the second book of the EDEN series, takes a leap into the psychological thriller genre, continuing where the first book left off-at the birth of a new beginning.