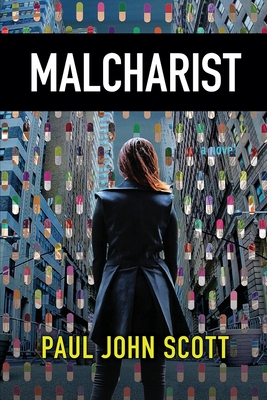 It's Manhattan in the winter of 2010, and Shivani Patel is carrying the secrets of a trade that no one understands: medical ghostwriting. A Cambridge-trained scientist and wordsmith for the world's largest drugmaker, she makes her soaring pay by delivering the sleight-of-hand needed to move new drugs into journals and onto market. Then she watches as a parade of aging males take credit for her work.

﻿Halfway across the country, Griffin Wagner is slumming it in Minneapolis as a freelance reporter for In the Zone, a downmarket men's magazine and his lifeline in the collapse of print. When fate leads both Shivani and Griffin to a problem with the world's favorite pill and the celebrity psychiatrist who promoted it, Shivani's powerful employers go to war with the three of them.

A wild ride at the intersection of science, belief and mass media, Malcharist is a globe-traveling debut about lonely jobs, the seduction of brain chemistry narratives in an age of industrial polypharmacy, and the troubling rise of indiscriminate violence in our time.