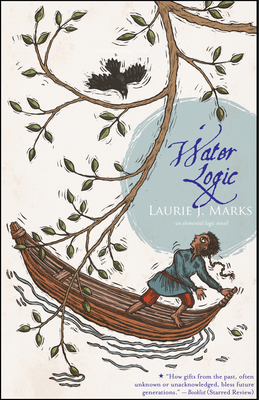 The Elemental Logic series continues with its third novel in the series, Water Logic, where the patterns of history are made and unmade.

Laurie Marks' Elemental Logic series introduced readers in Fire Logic to the realm of Shaftal, an intricately imagined land whose people operate within the boundaries of their basic natures--here defined as logics--which sometimes bequeath them with access to magical, elemental powers and sometimes embroil them in unsolvable internal conflicts.

Readers will discover inside Water Logic that amid assassinations, rebellions, and the pyres of too many dead, a new government has formed in Shaftal--a government of soldiers and farmers, scholars and elemental talents, all weary of war and longing for peace. But some cannot forget their losses, and some cannot imagine a place for themselves in an enemy land. Before memory, before recorded history, something happened that now must be remembered. Zanja na'Tarwein, the crosser of boundaries, born in fire and wedded to earth, has fallen under the ice. Now, by water logic, the logic of patterns repeated, of laughter and music, the lost must be found--or the found may forever be lost.