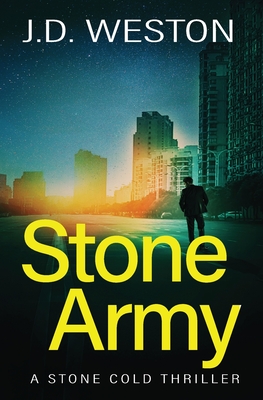 A twisted assassination plot. A deadly super drug. And Harvey Stone is hell-bent on revenge.

But when a missing girl arrives on Harvey's doorstep, a sequence of events unfolds that push the boundaries of human performance to its deadly limits.

Cassius Kane, criminal entrepreneur and his team of scientists have developed a performance enhancing drug that in the wrong hands could change the course of history forever.

His dastardly plan to fuel an army of trained killers with the super-drug and assassinate the prime minister soon escalates into an international escapade with dire consequences.

But little do they know, their efforts have woken the beast, and Harvey Stone is out for revenge.

Can Harvey put a stop to Kane's plans? Can he destroy the super-drug forever and prevent the assassination?

Find out in Stone Army, the eleventh book in the action-packed Stone Cold Thriller series.