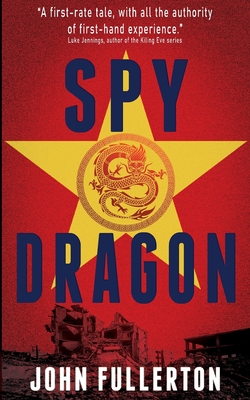 Having survived Afghanistan, Richard Brodick is now a fully qualified member of the Firm - an officer in the British Secret Intelligence Service.

But what should be a proud moment, quickly turns sour. Dangerously sour.

Despatched to Beirut at the height of the civil war, Brodick becomes embroiled with a mysterious Chinese operative known only as Fang. He finds himself in a new and dangerous game of double and triple agents, and double and triple crosses. Can he trust anyone, even himself?

Spy Dragon is the second in the Brodick Cold War Spy Thriller series, the follow-up to the bestselling Spy Game, described by Luke Jennings, author of the Killing Eve series, as "A first-rate tale, with all the authority of first-hand experience".