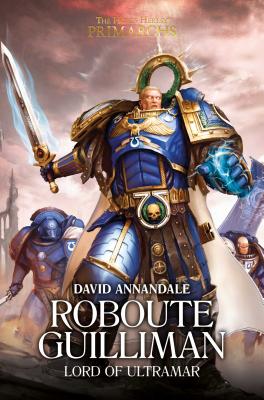 By David Annandale
Email or call for price
Backordered

Long before the coming of the Imperium, the realm of Ultramar was ruled by Roboute Guilliman, the last Battle King of Macragge. Even after learning of his true heritage as a primarch son of the Emperor of Mankind, he strove to expand his domain as efficiently and benevolently as possible, with the XIII Legion Ultramarines as his alone to command. Now, facing a rival empire on the ork-held world of Thoas, Guilliman must choose his weapons carefully – otherwise his dream of a brighter future could be lost forever.

David Annandale is the author of the Horus Heresy novel The Damnation of Pythos. He also writes the Yarrick series, consisting of the novella Chains of Golgotha and the novels Imperial Creed and The Pyres of Armageddon. For the Space Marine Battles series he has written the novels The Death of Antagonis and Overfiend. He is also a prolific writer of short fiction set in the Warhammer 40,000 and Warhammer universes. David lectures at a Canadian university on subjects ranging from English literature to horror films and video games.