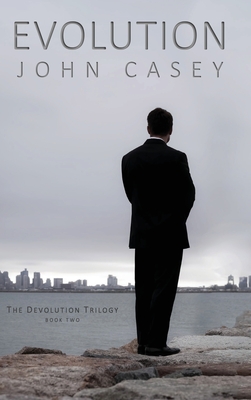 Two years have passed since the dramatic conclusion of Operation EXCISE. Dolan has moved home to Boston to mend when once again, the Agency comes knocking. Terrorists have launched a bioweapon in the Middle East, thousands are dying of a horrifying virus with no cure, and Dolan is the key to preventing more attacks. Only this time, everything will be done on his terms...

Fans of Robert Ludlum's The Bourne Identity will appreciate the internecine struggle and cryptic complexity of the protagonist, Michael Dolan, as will fans of Tom Clancy's Patriot Games who savor a page-turner about an unlikely spy thrust into adversity, only to emerge the strongest and most capable of them all.

﻿EVOLUTION is book two in the Devolution Trilogy, a psychological spy thriller series. DEVOLUTION and REVELATION are books one and three.﻿