Tales from the Gas Station: Volume One (Hardcover) 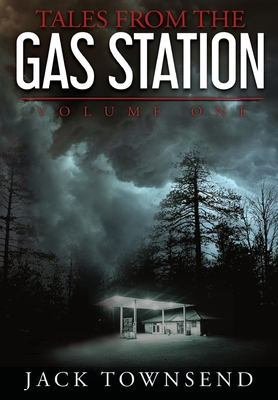 By Jack Townsend
$31.04
Usually Ships in 1-5 Days
This book cannot be returned to Book Moon.

Working at a dead-end retail job in the middle of nowhere can be hard. The long hours. The helpless customers. The enormous eldritch horror living deep below the building...

As the only full-time employee at the twenty-four hour gas station at the edge of town, Jack has pretty much seen it all. But when he decides to start an online journal documenting the bizarre day-to-day occurrences, he unwittingly attracts the attention of much more than just a few conspiracy theorists. With the body count steadily on the rise and a dark, ancient force infecting the dreams of everyone around him, Jack will do everything in his power to stay out of the way and mind his own business.

After all, he's just a gas station clerk. It's not like he's getting paid enough to wage battle against the nightmarish aberrations plaguing his community. Besides, he already has his hands full attempting to manage all those mysterious lawn gnomes, the mutant raccoons, and the charming phantom cowboy who lives in the bathroom.

Based on the award-winning creepypasta by GasStationJack, Tales from the Gas Station: Volume One is a love letter to the pioneers of classic horror tailored to a generation that grew up in the era of smartphones and WiFi.