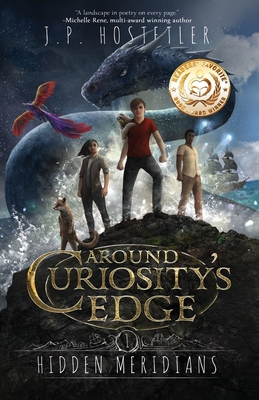 A hidden world waits, a dark society schemes, and a ship sails to protect that which cannot be lost.

Salem Swan knows none of this as he arrives in Easterly. He knows only that he misses his recently deceased mother, that his new guardian, his uncle Ulysses is unique, and that the boat which will now be his home is unlike anything he has ever seen.

Fearful of this new reality, Salem starts to ask questions that uncover the truth about his distant uncle, his long-gone father, and the true nature of the ship. The answers lead him into a place of myth and legend, where fantastic creatures wage an ages-old war with a radical group bent on eliminating them forever.

Rich with mythology from around the world, Hidden Meridians is the first installment of a fantasy series that takes readers into that place that is just around Curiosity's edge.