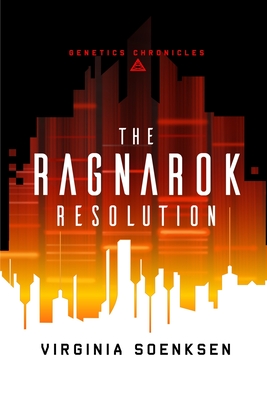 By Virginia Soenksen
$23.94
Usually Ships in 1-5 Days
This book cannot be returned to Book Moon.

In a future without limits, humans can manipulate their genetic structure with animal DNA to become whatever they wish to be. Fast, strong, beautiful...or deadly. The only force able to stand against these modified humans is the Agency, where brutal government enforcers are raised from childhood to protect the peace by any means necessary.

For Liane, the Agency is the only home she's ever known. Alongside her Handler, Damian, she fights against those who threaten the country. Dangerous and invaluable due to her super-human abilities, Liane knows nothing of life outside the Agency's control or the civilians who inhabit the city.

Why is she haunted by flashes of events that she can't remember? What is the reason for Damian's sudden, obsessive surveillance of her? Why is she drawn to the forbidden world beyond the Agency? And who is the man whose face she keeps seeing in her dreams?

When Liane searches for answers, she learns that there is more to the past than she knows, and that trust can be the ultimate danger. Because within the clandestine depths of the city, new threats and enemies emerge that could spell ruin for her, Damian, and the Agency.

As whispers of the Ragnarok Resolution grow louder, the stage is set for a final confrontation that will determine not only Liane's survival but that of humanity itself.