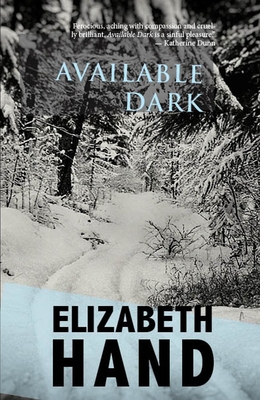 "Available Dark works well as a thriller, but it's Cass who makes the book extraordinary." -- Time Magazine

A searing and iconoclastic crime novel in which photographer Cass Neary, introduced in the underground classic Generation Loss, finds herself drawn into the shadowy world of crime in Scandinavia's coldest corners.

In Helsinki, she authenticates a series of disturbing but stunning images taken by a famous fashion photographer who has cut himself off from the violent Nordic music scene where he first made his reputation. Paid off by her shady employer, she buys a one-way ticket to Reykjavik, in search of a lover from her own dark past.

But when the fashion photographer's mutilated corpse is discovered in Finland, Cass finds herself sucked into a vortex of ancient myth betrayal, vengeance and serial murder, set against a bone-splintering soundtrack of black metal and the terrifying beauty of the sunless Icelandic wilderness. This is where Cass's worst fears are confirmed: it's always darkest before it turns completely black.

Elizabeth Hand's writing honors include the Shirley Jackson Award, the James Tiptree Award, the Nebula Award, the World Fantasy Award, the International Horror Guild Award, and others, and several of her books have been New York Times and Washington Post Notable Books. The bestselling author of fourteen genre-spanning novels and five collections of short fiction and essays she lives in Maine. Her website is elizabethhand.com.