The Bodies of the Ancients (Dissenters) (Hardcover) 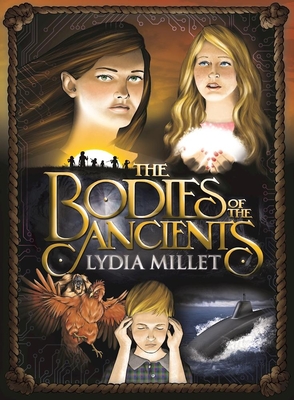 Praise for the Dissenters Series:

Millet's prose is lyrically evocative ('the rhythmic scoop and splash of their paddles'). A lush and intelligent opener for a topical eco-fantasy series.--Kirkus Reviews (starred review)

A thoughtful and thought-provoking beginning to a new fantasy series. The Cape Cod woods, wildlife, and beaches are depicted with loving detail, and the dark forces arrayed against the young protagonists are at once tantalizingly mystifying and alarmingly timely.--Patricia McKillip

Readers will want to leave the lights on well after finishing this book as the detail depicted will create similarities in your mind to Clive Barker's Abarat books. Readers will likely want Cara on their team as they jump, like Alice down the rabbit hole, through the guide book that turns into a window through another world.--VOYA

How well do you actually know your family? In the third and final installment in the thrilling Dissenters series, Cara Sykes and her family are hoping to enjoy a normal Cape Cod summer. But there are strong and surprising forces lined up against them, there will be unexpected revelations, and the highest price will have to be paid.

Lydia Millet is the author of many novels for adult readers, including PEN-USA Award-winner My Happy Life. She has taught at Columbia University and the University of Arizona and now works as a writer and editor at an endangered-species protection group called the Center for Biological Diversity.

Lydia Millet is the author of many novels for adult readers, including My Happy Life, which won the PEN-USA Award for Fiction in 2003, and Oh Pure and Radiant Heart, about the scientists who designed the first atomic bomb, which was shortlisted for the UK's Arthur C. Clarke Prize. She has also written three books for children in her Dissenters series. She has taught at Columbia University and the University of Arizona and now works as a writer and editor at an endangered-species protection group called the Center for Biological Diversity.