A Summer in the Twenties (Paperback) 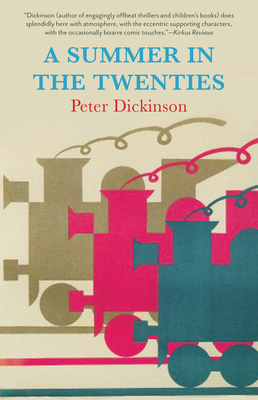 As absorbingly readable, as well-written as anything Peter Dickinson has written.--The Times Literary Supplement

The works of British Mystery Writer Peter Dickinson are like caviar--an acquired taste that can easily lead to addiction. Dickinson . . . does not make much of the process of detection, nor does he specialize in suspense. Instead, he neatly packs his books with such old-fashioned virtues as mood, character, and research.--Time

Dickinson (author of engagingly offbeat thrillers and children's books) does splendidly here with atmosphere, with the eccentric supporting characters, with the occasionally bizarre comic touches.--Kirkus Reviews

In 1926 the British government was worried about revolution. Two million people are about to go on strike and class warfare is about to erupt. Tom Hankey is caught between his love for Judy, a bright young thing, and Kate, a fireball agitator. Brought home from Oxford by his father, Tom volunteers to drive a train in the General Strike. When the train is ambushed, Tom is thrust into the darkest and most threatening regions of English politics. Gritty yet sparkling and full of unexpected turnarounds, A Summer in the Twenties resonates and captivates.

Peter Dickinson has twice received the Crime Writers' Association's Gold Dagger. His novels include Death of a Unicorn, The Poison Oracle, and many more. He lives in England and is married to the novelist Robin McKinley.