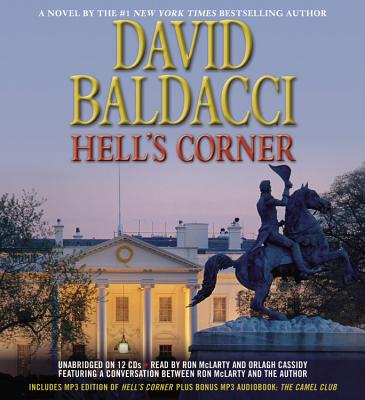 By David Baldacci, Ron McLarty (Read by), Orlagh Cassidy (Read by)
$39.98
Email or call for price.

Before he can lead a covert mission on the orders of the President, a former CIA assassin must track down the source of a terrorist attack and navigate a shadowy world of betrayal and political secrets in this #1 New York Times bestselling thriller.

John Carr, aka Oliver Stone-once the most skilled assassin his country ever had-stands in Lafayette Park in front of the White House. Inside, the British prime minister is being honored at a state dinner. Then, just as the prime minister's motorcade leaves, a bomb explodes in the park, and in the chaotic aftermath Stone is given an urgent assignment: find those responsible.

British MI-6 agent Mary Chapman becomes his partner in the search for the unknown attackers. But their opponents are elusive, skilled, and increasingly lethal. Worst of all, the park bombing may have been only the opening salvo in their plan. With nowhere else to turn, Stone enlists the help of the only people he knows he can trust: the Camel Club.

"Car chases, gunfights, and explosions...The Club rides again...Baldacci has spiked his post-9/11 thrillers with a splash of real-world urgency...Throw in a handful of nifty doube-crosses and misdirections, and you've got the perfect thriller for a weekend of reading."
—Richmond Times-Dispatch


"Four stars! Outstanding...demands to be read in one sitting, and readers will be begging for more adventures with Stone and company...The intense puzzle, twists and turns, and characters all showcase why Baldacci is a #1 New York Times bestselling author."
—RT Book Reviews


"Another winner...Skillfully constructed and very difficult to put down. Baldacci keeps peeling back layers of Stone's psyche, revealing him to be a man full of unresolved conflicts and a potentially self-destructive amount of guilt over his past actions."
—Booklist

"Strap on your Clock. Grab an extra magazine of shells. There's danger and excitement lurking around this CORNER."
—Kirkus Reviews


"Will literally have readers at a loss for breath...HELL's CORNER is David Baldacci at his best."
—BookReporter.com