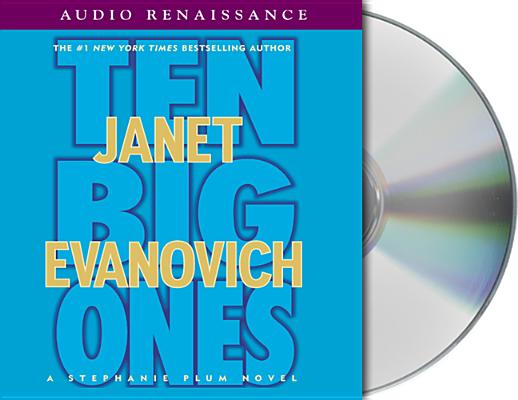 By Janet Evanovich, Lorelei King (Read by)
$39.99
Email or call for price.

This is book number 10 in the Stephanie Plum Novels series.

Janet Evanovich is the author of the Stephanie Plum books, including One for the Money and Sizzling Sixteen, and the Diesel & Tucker series, including Wicked Appetite. Janet studied painting at Douglass College, but that art form never quite fit, and she soon moved on to writing stories. She didn’t have instant success: she collected a big box of rejection letters. As she puts it, “When the box was full I burned the whole damn thing, crammed myself into pantyhose and went to work for a temp agency.” But after a few months of secretarial work, she managed to sell her first novel for $2,000. She immediately quit her job and started working full-time as a writer. After a dozen romance novels, she switched to mystery, and created Stephanie Plum. The rest is history. Janet’s favorite exercise is shopping, and her drug of choice is Cheeze Doodles.

LORELEI KING has recorded over 200 audiobooks, including several titles from Janet Evanovich’s bestselling Stephanie Plum series and Darynda Jones’s Charley Davidson series.  Her many awards include the 2008 Audie Award for Female Solo Narration for Tallgrass by Sandra Dallas, the Radio Times performer of the Year for The Blind Assassin by Margaret Atwood, and AudioFile Earphones Awards for Eleven on Top and Twelve Sharp, both by Janet Evanovich.  AudioFile also deemed her one of the "Best Voices of 2008."

King’s screen credits include Notting Hill, House of Mirth, and Cold Feet, among others. She has appeared as regular and recurring characters in popular British television shows such as Chef, Cold Feet, Alistair McGowan's Big Impression, Emmerdale, and the saucy Mile High. King now makes her home in London, where she lives with her husband, actor Vincent Marzello.

“Narrator Lorelei King does a fabulous job, as each character is assigned a distinctive voice, thus milking the humor for every drop.” —The Boston Globe on To the Nines

“Narrator King somehow makes the crazy, comic antics of Evanovich's irresistible bond agent, Stephanie Plum, seem almost rational in this fine audio adaptation....With plenty of prior experience narrating Evanovich titles, King has no trouble highlighting the eccentricities of the author's invariably quirky cast of characters....King's chameleon voice and ease with accents make this a lively listening experience.” —Publishers Weekly on To the Nines