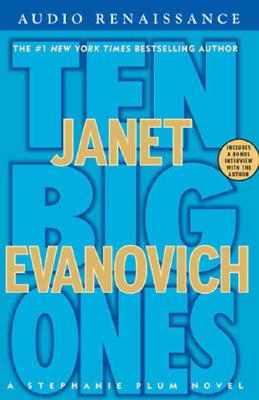 By Janet Evanovich, Lorelei King (Read by)
$29.95
Email or call for price.

Narrator Lorelei King has recorded over 100 audiobooks. She won the Radio Times Performer of the Year for 2001 for her reading of "The Blind Assassin" by Margaret Atwood. In addition to narrating Janet Evanovich's" Full House," "Full Tilt," "Hard Eight," " Visions of Sugar Plums," "Full Speed," "To the Nines," and "Full Blast," she was nominated for Performer of the Year 1999 for her reading of "Four to Score," also by Janet Evanovich.

Praise for To the Nines audio editions:

“Narrator Lorelei King does a fabulous job, as each character is assigned a distinctive voice, thus milking the humor for every drop.”—The Boston Globe