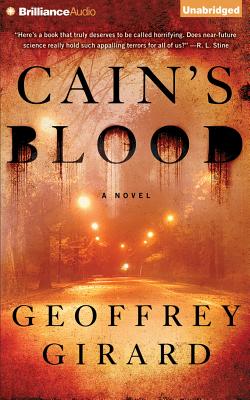 By Geoffrey Girard, Scott Aiello (Read by)
$14.99
Email or call for price.

When clones of infamous serial killers escape from a secret government facility, it's up to a former Army Ranger to stop them...with the help of a teenage killer clone.

The DNA of the world's most notorious serial killers--including Ted Bundy, The Son of Sam, and The Boston Strangler--has been cloned by the US Department of Defense to develop a new breed of bioweapon. Now in Phase Three, the program includes dozens of young men who have no clue as to their evil heritage. Playing a twisted game of nature vs. nurture, scientists raise some of the clones with loving families and others in abusive circumstances. But everything changes when the most dangerous boys are set free by their creator.

A man with demons of his own, former black ops soldier Shawn Castillo is hot on the clones' trail. But Castillo didn't count on the quiet young man he finds hiding in an abandoned house--a boy who has just learned he is the clone of Jeffrey Dahmer. As Jeffrey and Castillo race across the country after the rampaging teens, Castillo must protect the boy who is the embodiment of his biggest fears--and who may also be his last hope.

"A wild, peek-through-your fingers scare ride" (Paul Tremblay, author of The Little Sleep), Cain's Blood melds all-too-plausible science and ripped-from-the-headlines horror into a stunning work about the potential for good and evil in us all.