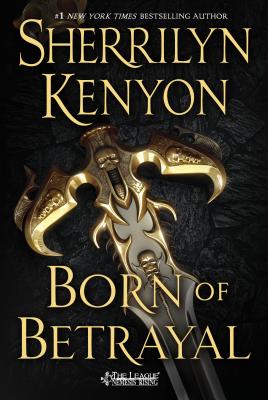 By Sherrilyn Kenyon
$27.99
Email or call for price.

This is book number 8 in the The League: Nemesis Rising series.

Years ago, family loyalty caused Fain Hauk to give up everything he loved: His military career. His planet. His fiancée. Even his name.

Now decades later, everything has changed. He's built a new life out of the ashes of his old, and he's vowed to never let anything threaten his loved ones again.

But when old enemies align themselves with new ones, he's caught in the middle of a brutal war. And when fate throws his former fiancée back into his world and she has her own agenda that includes taking his head for what he did to her years ago, more than just his life is at stake. The fate of the Ichidian universe and that of his brothers-in-arms hangs in the balance. Winner take all.

It's kill or be killed, and never has the battle been more fierce...

New York Times bestselling author Sherrilyn Kenyon is a regular in the #1 spot. This extraordinary bestseller continues to top every genre in which she writes, including manga and graphic novels. More than 70 million copies of her books are in print in more than one hundred countries. Her current series include The Dark-Hunters, The League, Deadman's Cross, Chronicles of Nick, Hellchasers, Mikrochasers, and The Lords of Avalon. Her Chronicles of Nick and Dark-Hunter series are soon to be major motion pictures.

“[A] publishing phenomenon . . . [Sherrilyn Kenyon is] the reigning queen of the wildly successful paranormal scene . . . Just one example of arguably the most in-demand and prolific authors in America these days.” —Publishers Weekly

“Kenyon's writing is brisk, ironic and relentless imaginative. These are not your mother's vampire novels.” —Boston Globe