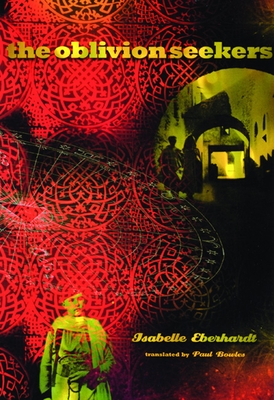 Stories and journal notes by an extraordinary young woman--adventurer and traveler, Arabic scholar, Sufi mystic and adept of the Djillala cult.

Not long before her death Isabelle Eberhardt wrote: No one ever lived more from day to day or was more dependent upon chance. It is the inescapable chain of events that has brought me to this point, rather than I who have caused these things to happen. Her life seems haphazard, at the mercy of caprice, but her writings prove otherwise. She did not make decisions; she was impelled to take action. Her nature combined an extraordinary singlness of purpose and an equally powerful nostalgia for the unattainable. --Paul Bowles, preface.

One of the strangest human documents that a woman has given the world. --Cecily Mackworth, I Came Out of France

Isabelle Eberhardt (1877-1904) was an explorer who lived and traveled extensively throughout North Africa. She wrote of her travels in numerous books and French newspapers, including Nouvelles Alg riennes Algerian News] (1905), Dans l'Ombre Chaude de l'Islam In the Hot Shade of Islam] (1906), and Les journaliers The Day Laborers] (1922).