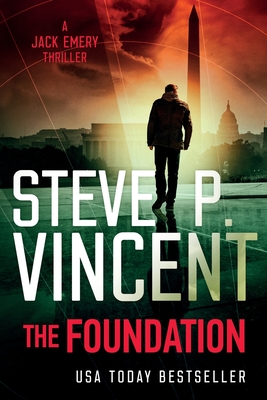 This is book number 1 in the Jack Emery series.

When a corrupt think tank, The Foundation for a New America, enlists a Taiwanese terrorist to bomb a World Trade Organization conference, the US and China are put on the path to war.

Star journalist Jack Emery is pulled into a story far more dangerous than he could have imagined. Because the Foundation's deputy director, the ruthless Michelle Dominique, recognizes that whoever controls the message controls the world. And she will take control, no matter the price.

Enter Jack's boss, Ernest McDowell, owner and chairman of the largest media empire on the planet. In the midst of political upheaval, EMCorp is about to become the final play in the Foundation's plan. When Dominique traps the EMCorp owner in her web, Jack's the only one left to expose the conspiracy before it's too late.

As the world powers smash each other against the anvil of Taiwan, Jack will risk everything to battle the Foundation and prevent them from taking control amid the devastation of a global war.