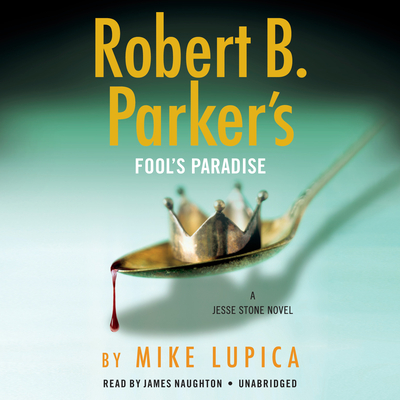 When an unknown man is found murdered in Paradise, Jesse Stone will have his hands full finding out who he was--and what he was seeking.

When a body is discovered at the lake in Paradise, Police Chief Jesse Stone is surprised to find he recognizes the murder victim--the man had been at the same AA meeting as Jesse the evening before. But otherwise, Jesse has no clue as to the man's identity. He isn't a local, nor does he have ID on him, nor does any neighboring state have a reported missing person matching his description. Their single lead is from a taxi company that recalls dropping off the mysterious stranger outside the gate at the mansion of one of the wealthiest families in town. . . .

Meanwhile, after Jesse survives a hail of gunfire on his home, he wonders if it could be related to the murder. When both Molly Crane and Suitcase Simpson also become targets, it's clear someone has an ax to grind against the entire Paradise PD.

Mike Lupica is a prominent sports journalist and the New York Times-bestselling author of more than forty works of fiction and non-fiction. A longtime friend to Robert B. Parker, he was selected by the Parker estate to continue the Sunny Randall and Jesse Stone series.

James Naughton won two Tony Awards for his starring roles in City of Angels and Chicago on Broadway. He directed the acclaimed revival of Our Town, starring Paul Newman, on Broadway and for PBS. His television appearances include Worricker: Turks & Caicos, Hostages, Damages, and Gossip Girl. His films include Factory Girl, The Devil Wears Prada, and The Glass Menagerie. He has recorded his debut album It’s About Time on DRG Records.

"One of the best crime thrillers hitting stores this year . . . and quite possibly the best novel set in one of Parker’s universe since the iconic author passed away.”--The Real Book Spy