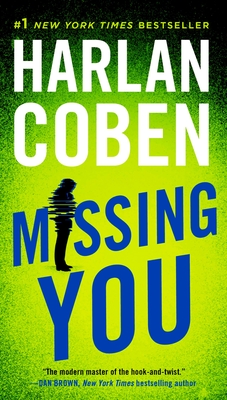 By Harlan Coben
Email or call for price
Backordered

From the bestselling author and creator of the hit Netflix drama The Stranger comes the #1 New York Times bestseller about the ties we have to our past—and the lies that bind us together—as the ultimate Internet scam unfolds...

Surfing an online dating site, NYPD detective Kat Donovan feels her whole world explode. Staring back at her is her ex-fiancé, the man who shattered her heart—and whom she hasn’t seen in eighteen years.

But when Kat reaches out to the man in the profile, an unspeakable conspiracy comes to light. As Kat begins to investigate, her feelings are challenged about everyone she’s ever loved—even her father, whose cruel murder so long ago has never been fully explained.

With lives on the line, including her own, Kat must venture deeper into the darkness than she ever has before and discover if she has the strength to survive what she finds there.

With more than seventy million books in print worldwide, Harlan Coben is the #1 New York Times bestselling author of thirty novels, including the Myron Bolitar series and a series aimed at young adults featuring Myron's newphew, Mickey Bolitar. His books are published in forty-three languages around the globe and have been number one bestsellers in more than a dozen countries. The winner of the Edgar, Shamus, and Anthony Awards, he lives in New Jersey.

Praise for Missing You

“Another winner in Coben’s stack of winners.”—The Huffington Post

“Masterfully explores the costs of our techno-crazed existence...making the brilliantly stages Missing You not to be missed.”—The Providence Journal

“One of Coben's best ever.”—The Globe and Mail (Canada)

“Once again, Coben has brilliantly used a current trend, in this case Internet dating, to create a can’t-put-it-down thriller.”—Publishers Weekly (starred review)

“Coben has expertly constructed and then dismantled a time bomb of a plot.”—Booklist