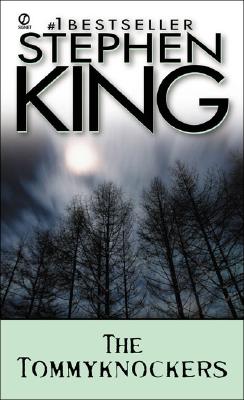 By Stephen King
Email or call for price
Special Order

Late Last Night and the Night Before... ...Tommyknockers, tommyknockers, knocking at the door. Something was happening in Bobbi Anderson's idyllic small town of Haven, Maine. Something that gave every man, woman, and child in town powers far beyond ordinary mortals. Something that turned the town into a death trap for all outsiders. Something that came from a metal object, buried for millennia, that Bobbi stumbled across. It wasn't that Bobbi and the other good folks of Haven had sold their souls to reap the rewards of the most deadly evil this side of hell. It was more like a diabolical takeover...and invasion of body and soul--and mind.

Stephen King lives in Maine and Florida with his wife, novelist Tabitha King. He has written more than forty books and two hundred short stories. He has won the World Fantasy Award, several Bram Stoker awards, and the O. Henry Award for his story "The Man in the Black Suit," and is the 2003 recipient of The National Book Foundation Medal for Distinguished Contribution to American Letters.

“An incredibly scary story—you will not be able to put this down.”—Los Angeles Times Book Review

“King at his best.”—San Francisco Chronicle