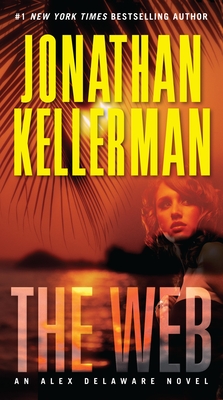 This is book number 10 in the Alex Delaware series.

Psychologist-detective Dr. Alex Delaware finds terror in the heart of paradise in this relentlessly sinister novel by America's premier writer of psychological suspense. Three months in paradise, all expenses paid. It's an invitation Alex Delaware can't refuse. Dr. Woodrow Wilson Moreland, a revered scientist and philanthropist on the tiny Pacific island of Aruk, has invited Alex to his home to help him organize his papers for publication--a light workload leaving Alex plenty of time to enjoy a romantic interlude with Robin Castagna.

Quickly, however, secretive houseguests, frightening nocturnal visitors, and the elusive Dr. Moreland himself dim the pleasures of deep blue water and white sand.

The cases Moreland chooses to share--a patient driven to madness by a cruel, unspeakable act; a man who succumbed forty years ago to radiation poisoning after a nuclear blast; a young woman, brutally murdered, whose mutilated body was found on the beach just six months before--seem unconnected. And yet Alex can't help wondering what the good doctor is trying to tell him... and what Moreland's real reason for inviting him to Aruk is.

As Alex probes--with a little long-distance help from his friend LAPD detective Milo Sturgis--he comes to believe the answer lies hidden somewhere on Moreland's vast estate. Yet when he finally discovers the truth, the revelation will be more shocking than he could have imagined. And it will come too late to stem the tide of violence that threatens guilty and innocent alike on the lovely lost island of Aruk.

With his brilliant characterizations and rapid-fire pace, Jonathan Kellerman has redefined the boundaries of suspense, probing real-life horrors and innermost fears in a novel that transfixes from first page to last.