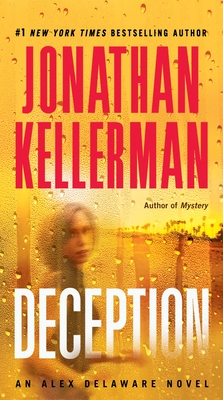 This is book number 25 in the Alex Delaware series.

Her name is Elise Freeman, and her chilling cry for help comes too late to save her. On a DVD found near her lifeless body, the emotionally and physically battered woman chronicles a long ordeal of abuse at the hands of three sadistic tormentors. But even more shocking is the revelation that the offenders, like their victim, are teachers at one of L.A.’s most prestigious prep schools. Homicide detective Milo Sturgis is assigned to probe the hallowed halls of Windsor Prep Academy, and if ever he could use Dr. Alex Delaware’s psychological prowess, it’s now. As the scandal-conscious elite close ranks around Windsor Prep, Alex and Milo push to expose the dirty secrets festering among society’s manor-born. But while searching for predators among the privileged, Alex and Milo may be walking into a highly polished death trap.

“Jonathan Kellerman’s novels are an obsession; once started it is hard to quit.”—Orlando Sentinel

“The combination of Alex Delaware and Detective Milo Sturgis make for the most original whodunit duo since Watson and Holmes.”—Forbes