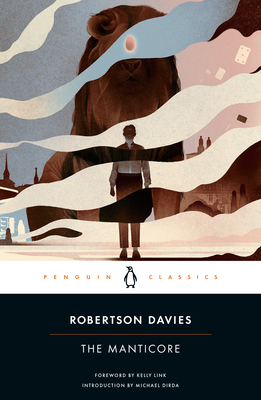 This is book number 2 in the Deptford Trilogy series.

The second book in Robertson Davies's acclaimed The Deptford Trilogy, with a new foreword by Kelly Link

Hailed by the Washington Post Book World as "a modern classic," Robertson Davies’s acclaimed Deptford Trilogy is a glittering, fantastical, cunningly contrived series of novels, around which a mysterious death is woven. The Manticore—the second book in the series after Fifth Business—follows David Staunton, a man pleased with his success but haunted by his relationship with his larger-than-life father. As he seeks help through therapy, he encounters a wonderful cast of characters who help connect him to his past and the death of his father.

"Robertson Davies is one of the great modern novelists."
—Malcolm Bradbury, The Sunday Times (London)

"Robertson Davies is a novelist whose books are thick and rich with humor, character and incident. They are plotted with skill and much flamboyance."
—The Observer (London)